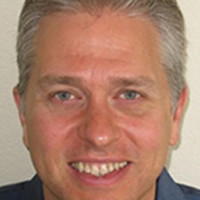 Michael Grossman has been a teacher in this work for the last 14 years. He had a clear consciousness awakening years before, but after decades of deep mediation and explorations as a Transcendental Meditation Teacher (TM), had not yet found the full non-separate realization he was seeking. It was with little hope that he attended his first ever sitting with Sandra Glickman, noting to himself that if he didn’t feel anything, he wouldn’t return. He experienced a huge “amping up” of consciousness as he walked into the room and took this as a clear message to proceed. Over the next year or so, he had many openings and experiences which quietly led to a dissolution of the seeking impulse and a recognition of the fundamental non-separateness of his identity as consciousness and all phenomena.

Fax: How was your Second Birth realization different from how you conceived it would be?

Michael: In TM we used to talk about unity consciousness, but to me the feeling of unity is more of an energetic experience and for me this realization was the collapse of the experience of separation. The actual realization is prior to unity/diversity. The way the experience was described by Maharishi (TM’s founder) was a kind of peak experience. Instead, what I noticed was that something stopped breaking at the core. I had conceived that unity consciousness was a difference of perception; kind of like you see subtler and subtler levels of matter and energy and then you see that consciousness itself is the underlying reality. But the reality is you don’t see it, but you grok it. You lose the ignorance of separation on a fundamental level. The body, the feeling sense, all of the identity sense, are no longer feeling separate and recoiling from phenomena and that gives rise to a lot of other energetic experiences because the heart is open. After the earthquake has happened, everything moves. It’s all grace for a while, (then the integration continues.)

Fax: What is unique about what we are doing as a Teacher Circle?

Michael: We’re a group of teachers from diverse spiritual traditions who share a common dharma and even share students. Clearly that’s very different. You don’t find that in most other traditions. It’s a very different approach and a very different relationship between the student and the teacher. We don’t expect students to be devoted to us, or anything like that. We recognize we’re not the source that’s going to bring forth their realization. Nobody can give you yourself. No individual is responsible for giving you the grace of finding yourself – it comes from within. I feel in alignment with those traditional teachers who know that they are not causal – they can hold the position of reflecting your true Self back to you, while providing the template of their own realization through the transmission. A lot of traditional teachings say you need to purify in order to “get it,” but we say you can (mostly) awaken now and purify later. Many traditional teachings will help the student purify themselves first and then flip the switch, but people don’t get there very fast. It’s hard to clear everything out when you’re not standing as your true Self. In this work, we only free up as much energy and attention as needed to allow the 2nd birth to occur. The rest of the reconfiguration and unwinding occurs later quite naturally.

Fax: You’ve done regular sittings in Sacramento since 2009, for seven years at least once a month. You’ve nurtured the community all those years. How have you experienced our collective approach to teaching working?

Michael: What I love about sittings – the whole is more than the sum of its parts. The older students are helping the awakening of newer students. Different people describe their experiences differently, and people often notice similarities in their processes with other people in the group. It does get people’s process really moving. There’s so much more awakened transmission in the room, and on the level of understanding there are so many different takes and people get what’s common in the middle. This teaching is very abstract. It’s hard to describe the teaching because it’s a heart/body teaching and not a teaching of mental principles or even practices, so it’s hard for people to plug in. They just have to be there until they start moving along with the wave. The transmission is soaking in. We don’t have as much a standardized practice–although we do have a direction to point to–but nothing very clear and solid when people are trying to get into the work.

Fax: Is that why it’s so effective for long-time seekers?

Michael: In this work people are kind of left floating mentally; they are moving forward without knowing what’s next. With other disciplines, seekers develop an understanding that carries them, and each time they arrive at a level of understanding, they could be stuck there for awhile. Here, there’s nowhere to hang out and be comfortable. At my sitting a while ago I had to remind someone–you are generating your own process. It’s almost better to have no idea what to do. I talk more about understanding when people are trying to get it on that level. But it doesn’t happen on that level– of trying to plug in by trying to figure out what to do.

Fax: What would you say is your strongest quality as a teacher?

Michael: I don’t really know. I’m always trying to figure that out. That could be one strong aspect! I’m not clear that I’m “doing it” for other people. But I think one thing is, because of my background in consciousness both in deep explorations with 25 yrs of TM and hours of meditation, and then Neo-Advaita with Gangaji and others. I think this clarity of consciousness is helpful because people who don’t have that kind of background often don’t know what we’re talking about. The consciousness transmission is so important. I think I also received a lot of potent teachings on the intellectual level from my time in TM, a lot of deep Vedic wisdom that is very helpful and has the ability to speak to people’s questions, curiosity, and doubts and zero in on what they are experiencing because they don’t know what they are looking for.

Fax: Where do you see this work going? Any sense of where we are, what we need to do?

Michael: It’s hard to know where the work is going to go. Some part of my heart wants it to go into a deepening of the mystery, pure knowledge, a deeper more esoteric understanding and experience. I feel that a number of students attracted to our work over the years were more interested in psychological and/or emotional healing, and they would want to work on their emotional selves. There’s been a sense in the mind of some that this work is only a “down” teaching and the transcendent wasn’t really honored. It attracted some people who were working on healing themselves rather than finding out what’s at the ground, more of a fantasy of the best self as it manifests rather than finding what is the context of all of this. Now I feel like our group transmission has a greater clarity and deepening and not necessarily out of big blasts of energy. Some of that energy was destabilizing on the level of personality for a lot of people. What I’m finding these days is that I have a deeper appreciation for some of the traditional dharmas. We may have had the idea that we left those teachings behind, but now when I go back and read them I’m seeing the deeper truth in some of them. In the early years of this work, we rejected all of that and then had to experience it for ourselves. I now have more respect for some of those teachings.

Fax: How would you describe how our collective energetic is now?

Michael: I feel there is much greater equanimity, a deep relaxation into primal abiding, the timeless heart of wisdom.

Fax: More of surrender into the collective itself?

Michael: I was very heartened at the last Teacher Retreat in June that not just the heart quality but also the deep, wise discriminative capacity of the Teachers was coming through. It was fun to sit around and talk about our dharma, and allow something deeper to manifest. I was reminded of things I may have forgotten and learned things I didn’t know. It created a bigger wholeness.