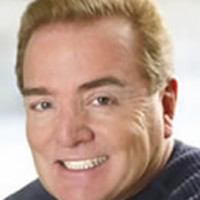 Let me tell you a little bit about my history.  My spiritual quest started in second grade in a Catholic elementary school when I was being taught from a little book that had as its third question “Where is God?”  The answer provided was “God is everywhere.” I couldn’t quite wrap my head around that concept at that point and ended up spending the next several decades trying to grasp that answer.  My path included explorations using LSD, intensely practicing TM and being a TM teacher for over a decade, studying with Gurumayi and visiting her ashram in India, studying with another guru by the name of Arka and the process called “Radical Awakening” through which I awakened as Consciousness, and lastly having my second birth Awakening through the Waking Down in Mutuality process. I was a teacher in that work for a decade and am now a Trillium Awakening teacher.  My mission is “to help more fellow humans to awaken to who they truly are, like I did, thus answering the question once and for all “Qui es tu (Who are you)?” A more detailed version of my story can be found in Dancing in the Fire, compiled and edited by Bob Valine.

You can also learn about what it might be like to work with me by listening to a talk I gave through the Institute of Awakened Mutuality.  The title of my talk was “The Practicality of Waking Down in Mutuality: the ability to embrace the entire spectrum of human emotion.”  It is available here.

Lastly, I am pleased to share a short testimonial from Elijah Petersen, one of my former students.

“Jean is the teacher I worked with when I first came to the Waking Down work in the fall of 2010.  I was going through a really rough period at that time which was quite literally hellish in which I was processing a lot of deep wounding.  I felt raw and terrible much of the time.  One of the brief respites during this period was to have a weekly call with Jean.  I experienced being fully accepted and that he had complete space to allow me to be wherever I was at, no matter how I was feeling.  I still find it amazing that he had so much space to hold me in a non-interfering way during this period.  Despite only talking to him over the phone, I would end most calls totally blissed out and blown away with nondual transmission.  I found Jean to be an incredibly knowledgeable and skillful yet down to earth teacher with a huge Heart, a great sense of humor, and an ocean-like expansive state of Equanimity.  I feel deeply grateful to have been able to work with him”.