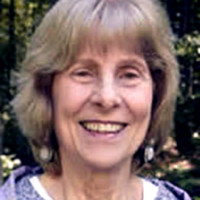 “Such is my experience–every “condition” of Being is constantly showing Itself to me as the “authority” that I am facing and must struggle with–the authority whose fire is attempting to awaken me further! WHAT IS is my fiery guru, always on my ass to inform me and teach me. WHAT IS, in this unrelenting jumble of arisings of conditional existence, raises me up and also whoops me over and over; and I must receive it, feel it, feel my reactions (whether pleasurable acceptance or fierce opposition), hopefully let them settle, and seek to know what my next action is.”
Sandra Glickman, April 2014

Sandra Glickman is a forerunner for a new breed of psychotherapist–one who is not merely a practitioner, but an awakened realizer and adept, in a path of mutual conscious embodiment.

Sandra and I knew each other as acquaintances in the mid to late 1980s. About a year and a half after my awakening, Sandra began to accompany another friend who occasionally joined me for lunch in Palo Alto, California. Once she began gravitating into her own Being-initiation, she readily entered into the stages of conscious Self-realization.

There was a bit of a joke there for awhile. The more she advanced in her work, at some point she began feeling as if she were losing the conscious principle and becoming immersed in her own shadowy psychic depths. But some of us, including Van and I, marveled at how spontaneous, heroic, and unpremeditated was her integration of consciousness and life–she appeared to be just given over to it, without reservation. Her entry into the second birth, like mine, was expedited through an unexpected, essentially effortless tantric sexual opening or revelation.

Because so much of our yoga requires sensitive observation of and work with the shadow aspects of the psyche, Sandra’s contribution is a tremendous gift to us all. I myself have made use of her professional help frequently. The interfaces between the psychic and the conscious dimensions of Being can fruitfully be investigated for generations to come–indeed, for as long as people are moved to awaken together at all.

Sandra is a mother of two and, as of quite recently, a grandmother of two as well. She is part Native American and speaks of rivers and trees with the voice of an ancient poet. She has a remarkable ability to intuitively recognize and, through invocation and praise, to evoke others’ more archetypal and spiritual identities. She is one of the treasures of this work, and I invite you to discover her. ~Saniel

*To schedule a Whole Being Clarifying Conversation send an email to Sandra Glickman with your request.